Jimmy Leonard  | July 14, 2020
An earlier version of this post was published on July 9, 2017. This post may contain affiliate links. See my full disclosure here. 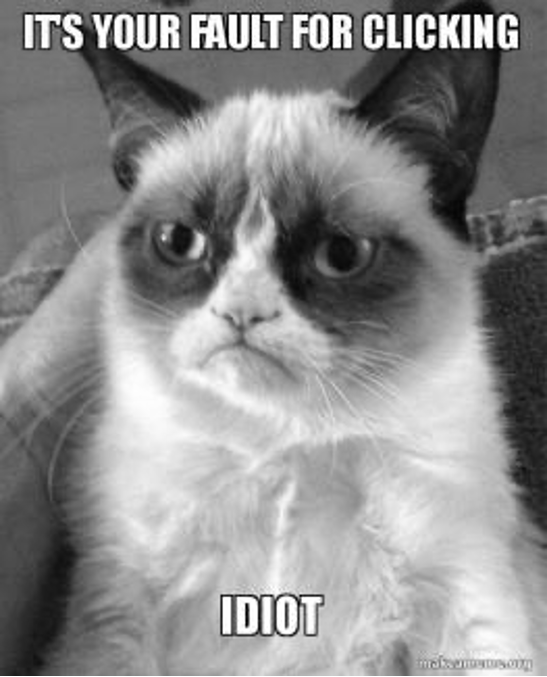 It’s borderline epidemic. I’ll be at my desk, minding my own business while minding everyone else’s business on Facebook, when BAM! It grabs me.

10 Disney Movies Your Kids Should Avoid
22 Celebrities You Didn’t Know Were Vegan
99 Ways to Make $1,000,000 While Sitting on Your Couch

The ever-present clickbait soon drags me down into that dark rabbit hole of internet time-sucking. I admit it: Many a list has trapped me with its claws. So what’s my issue with the increasingly popular article format? Hold on—I’ve got a few.

Hoodwinked. Double-crossed. Downright duped. I’m halfway through “101 of Our All-Time Favorite Cat Memes” when I realize that my productive workday has transformed into a gallery of indignant felines. What happened? How’d I get here?

Why can’t we have just one Best New Restaurant to Try This Summer? Too many lists and pretty soon I only drink beer in sample flights and want to know if extra cheese can go on a quarter of my pizza instead of the full half.

3. They insult my reading ability.

I can skim for relevant keywords without your bold title text, thank you very much.

4. The burdens are unnecessary.

Why do I need to worry about “where they are now” for all 25 women of The Bachelor Season 1? I didn’t want to know where they were then.

My brain automatically categorizes “12 Ways Global Climate Change Will Affect Your Children” alongside “15 Foods You Didn’t Know You Could Microwave.” Oops.

This probably should have been my first point.

7. Random advertisements pop up in the middle.

As Solomon said, there are no new life hacks under the sun.

I prefer highly charged, one-sided political rants that I can post to Facebook without actually reading them. Really, nobody ever leaves amped-up five-paragraph responses to list posts. “9 Reasons You Should Start a Protest” just doesn’t fan the flames.

10. Talented authors sell themselves out.

Dear list writer: We both know you could create Pulitzer-worthy journalistic exposés, but we also both know your freelance blogging career is better launched through “23 Superfoods That Won’t Break Your Budget.” Fine literature, I grieve for thee.

11. I’m ashamed of how much Netflix I watch.

You want the truth? I clicked on “50 Shows To Binge This Weekend” because I wanted to. Because I can’t sleep without it. Because nothing in my life has been the same since Sherlock. Now go away.

12. Those photo galleries where I have to hit the next arrow each time instead of just scrolling down and then a whole new window opens just because I clicked on something.

“4 Fantasy Quarterbacks to Start This Week and 3 You Should Sit” all but guarantees I’ll start the wrong guy. But if I don’t click on it now, I’ll always wonder…

15. I like the idea more than the thing itself.

A post like “15 Ways To Improve Your Concentration” sounds good until I realize that I actually have to do stuff. Breathing exercises? I think I’ll just move on to “35 Workout Routines to Finally Burn That Belly Fat.”

When I’m saying tl;dr to a list post, you know I’ve got attention-span problems. By the time I get to the bottom, I don’t even have the energy to troll the comments.

Stand up, dear reader! Raise your voice! We are more than just sponges to absorb whatever random bullet points these internet marketers decide to drop in front of us. Am I wrong to yearn for quality over quantity, knowledge over gossip, and cultivated discourse over mere stimulus injection? We must fight for meaningful content!

By the way, any good documentaries on Netflix?