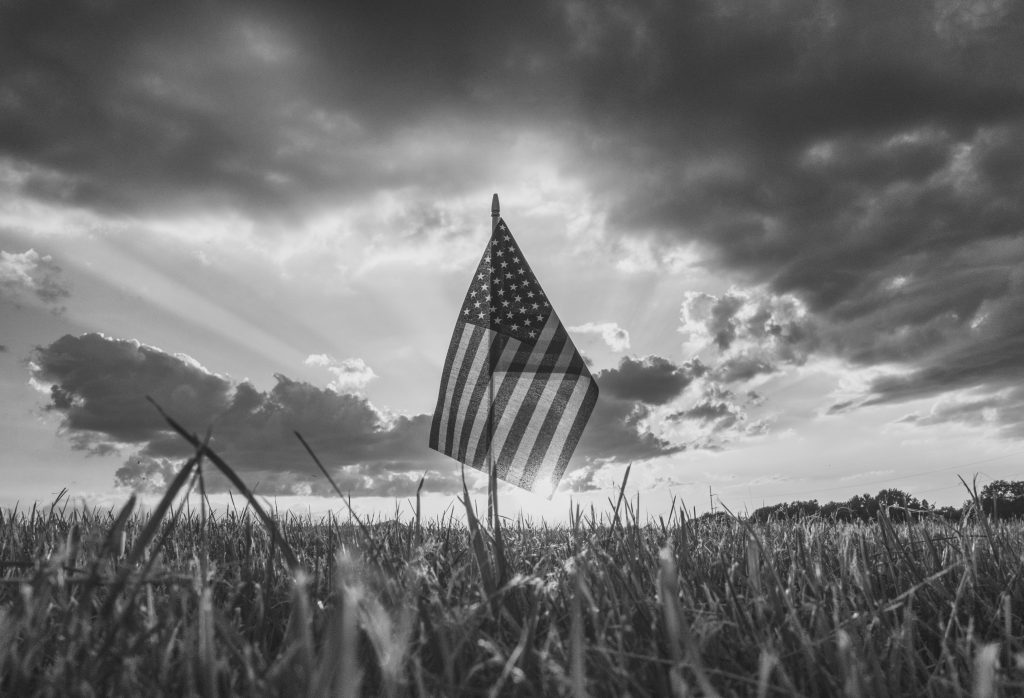 Why It’s Okay to Be Not Proud of My Country

We’re just a few days away from the Fourth of July and, to be completely honest, I’m finding it hard to celebrate. Before I sing along that “I’m proud to be an American” and “God bless the USA,” I have to wonder, do I sincerely believe those words? Right now, am I 100% proud of this country?

One of my rules of online engagement has been to stay away from politics—I’m more interested in building people up than adding to divisive rhetoric—but as I witness jaw-dropping immigration policies, continued gun violence, the threat of international trade wars, and an apparent collapse of diplomacy and compromise in our own legislature and with our global allies, I cannot say that I’m proud of this country right now.

I, like many others, grew up with a kind of rank-based nationalism. With the notable exceptions of soccer and standardized test scores, the USA was number one at pretty much everything. I learned America is the richest country in the world, the greatest country with the most freedoms and most opportunities, and the place to which everyone else in the world wants to immigrate.

(As a quick fact-check before moving on, the USA is not the richest, not the happiest, and, when measured per capita, not the one with the most immigrants—just to keep it in perspective.)

In church, these same beliefs of global superiority often came packaged between layers of guilt and strong calls to action. Shouldn’t we, citizens of the greatest/richest/freest country on Earth, give our time and money to help those in need? Shouldn’t we go on missions, build orphanages, teach skills, and give food and clothing to those less fortunate? By less fortunate, of course, we always meant, born somewhere else.

While there’s nothing inherently wrong with homeland gratitude or international missions, or even the words “God Bless America,” I have had to unpack the relationship between Christianity and American patriotism because, deep down, I recognized that I grew up with some underlying idols and assumptions. Despite our First Amendment freedom of religion and Thomas Jefferson’s oft-quoted description of a “separation between Church and State,” matters of religion often find their way into policy arguments (most recently from the Attorney General), and matters of politics frequently find their way to the pulpit. As a Christian in America, I’ve experienced plenty of “How Would Jesus Vote?” sermons, on both ends of the political spectrum.

On one hand, faith leaders have interpreted 1 Timothy 2’s call to pray for our leaders as a near compulsory support of American legislation and military action. On the other hand, I’ve heard the opposite—but sometimes equally extreme—definition of “social justice” and “God’s heart for the poor” as the complete antithesis of whatever the current political party wants. Either way, it seems there’s a right answer about how Christians should feel about America, although we disagree on what that answer is. With partisan divides deeper than ever, how can we follow God and follow America? Or are we asking the wrong question?

In Philippians 3:20, Paul writes, “our citizenship is in Heaven” in the context of looking toward spiritual aims instead of earthly desires. All throughout the New Testament, the writers describe a doing away with worldly ways of living, and one of them appears to be a rejection of ethnic affiliation. Galatians 3:28 argues, “There is neither Jew nor Gentile, neither slave nor free, nor is there male and female, for you are all one in Christ Jesus.” In Acts 10, Peter learns not to call any Gentile unclean. Jesus speaks to the Samaritan woman at the well. With Jesus on the cross, God’s promise opens to everyone (Gal. 3:29). God hasn’t just chosen Israel or just chosen America. He’s chosen all the nations to have equal access to his covenant. God’s people are the salt of the earth, not the salt of American soil only. They are the light of the world, not the light of the USA only.

But, We Still Live Here

For most people though, truly global citizenship is more an ideal than a reality. I’ve heard the argument that a nation is like a family, and, to an extent, that’s true. The Bible gives specific instructions for honoring parents, raising children, and healthy marriages. Few would fault a man or woman who says, “I put my family before others.” It makes sense to invest the most time and resources into our children, but not because we don’t want other people’s kids to thrive. In our humanity, we’re limited, and limitations force us to focus on the tasks we’ve been given. Loyalty to my family doesn’t mean I shouldn’t share some interest or concern for other people’s families. On the contrary, I want each part of the community to succeed. A healthy view sees the limitations to my role and trusts that others have roles too. We are many parts of one body, many nations of one world.

In fact, we ought to leverage our positions for good. Joseph’s prominence in Egypt allows him to share food in a famine. Daniel finds favor with Nebuchadnezzar in Babylon as a royal advisor. Esther’s influence with the king saves the Jewish people. What I love in these stories, though, is the kind of open-handed uncertainty that comes with faith. Joseph didn’t know how or when he’d reconcile with his brothers. Daniel didn’t know if he’d survive the lions’ den or Esther if she’d survive her audience with the king. They kept faith and integrity, but they lacked the presumption of knowing exactly how their problems would—or should—resolve. In other words, they did not assume that they were somehow more deserving or more entitled to a certain outcome; they humbly used what they had to bring about change. In Galatians 6, Paul encourages us to do good to all people “as we have opportunity,” and it’s true: I’ll have far more opportunities where I have legal residency, social privilege, cultural literacy, the right to vote, and a place of employment. In some ways, the USA and American citizenship do afford advantages on an international field, and it’s important to leverage those as opportunities to serve, not as prideful ways for America to fix the world.

So where do we go from here? To start, we have to stop claiming that one political party or candidate carries the so-called “biblical worldview” or that God has somehow chosen America at the expense of all others. When it comes to politics, it’s almost never a right answer versus a wrong answer, but rather two different approaches to the same problem that each have their flaws. I love 1 Thessalonians 5:20-22, “Do not treat prophecies with contempt but test them all; hold on to what is good, reject every kind of evil.” Take Martin Luther King Jr., a man who looked at the laws in his time, tested them, and found he needed to reject them. While he remained civil and respectful, he cared about God’s people more than he cared about the image of America.

Healthy patriotism is a loyalty and regard for our country while continually believing that our nation is neither perfect nor inherently superior. Following God will sometimes mean supporting the American status quo, and sometimes it won’t. Nationality is a context for serving God, not a mandate or restriction.

I am not proud of everything America has done or is doing, and that’s okay. Independence Day is not about saying everything’s right with a nation. To quote from our own Declaration of Independence, whenever a form of government is destructive to life, liberty, and the pursuit of happiness, it is the right of the people to alter it.